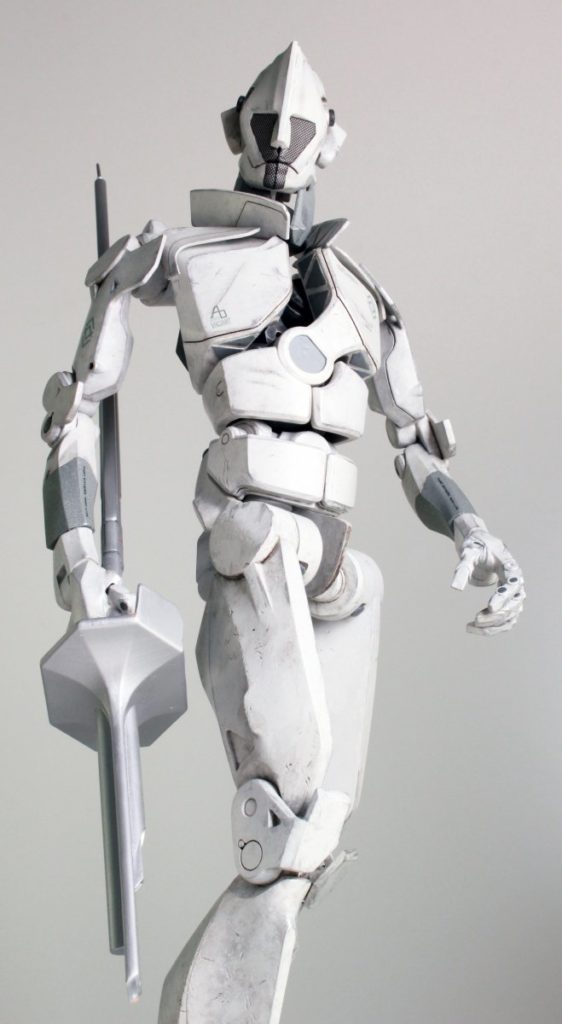 The specifics of science fiction vary from circumstance to circumstance, but one thing holds true throughout the genre: if it’s “What if…” doesn’t set off a chain reaction of new thoughts, it’s not doing its job. Grey Goo, the new real-time strategy (RTS) game by Grey Box, passes this criterion with flying colors.

Brought to being with the help of Six Foot, who recruited the passionate teams of Petroglyph, Weta Workshop, Axis Animation and Powerhouse Animation, Grey Goo introduces us to a “world worth fighting for”. Captivated by the concept of nanotechnology running rampant and deposing humanity from its throne, Grey Goo is an incredible RTS experience.

In celebration of the game, our artists at Gentle Giant Studios worked with Grey Box to create a seven-foot statue of the character, Singleton. The soul of Singleton was dreamt up by Stephen Lambert of Weta Workshop, who was challenged to design a dichotomous killer robot sworn to the vow “That Others May Live”. Despite Singleton’s human posture, Lambert distinguished Singleton by leaving the seats of the soul, the heart and mind, visibly empty. As Singleton evolved from character study to concept art, he emerged as the child of all those involved, split between the contrasting concepts of natural versus artificial, creator versus creation and alien versus familiar. With these powerful complexities elegantly made physical, the final design is truly awesome to behold. We at Gentle Giant were lured by the challenge of doing it justice as we gave it physical dimension. 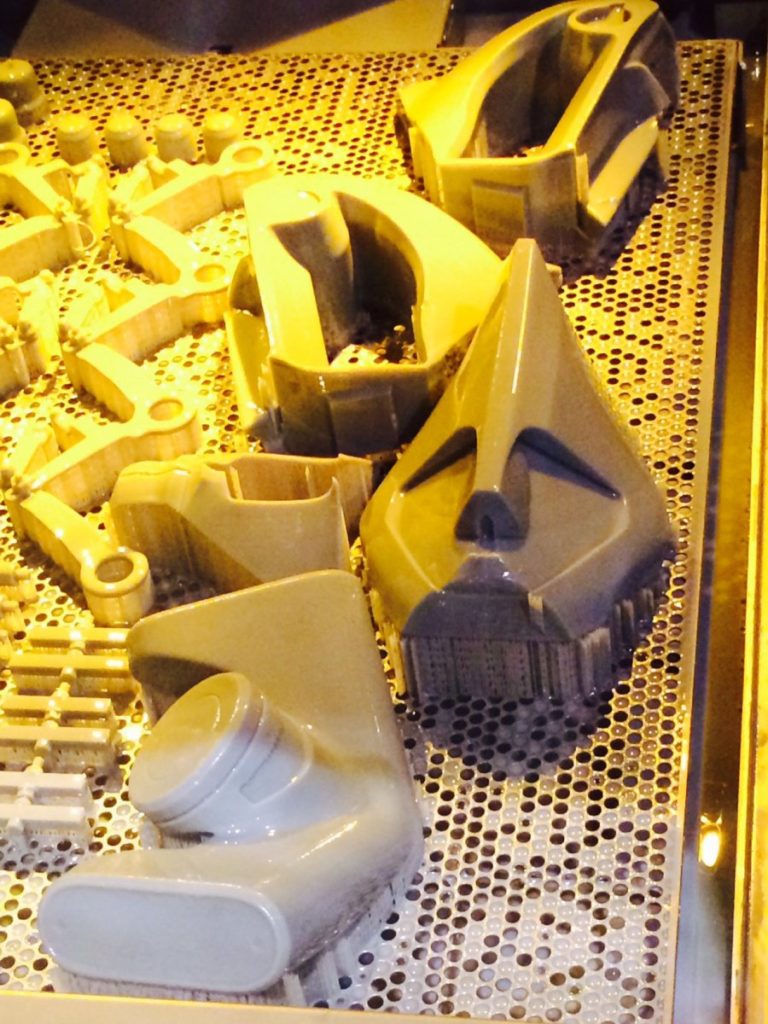 Using our state-of-the-art 3D printing process, the team at Gentle Giant transformed the digital model provided by Grey Box into a final composition of nearly 70 individual pieces, which were hand-crafted and hand-assembled in a three-month process.

Because most of the detail on the Singleton model were texture maps, our artists went back and sculpted in these details so they would pop once 3D printed. We re-topologized the entire surface area, merged parts, separated parts, and carefully planned how to engineer the final monument, not once, but twice. First for the life-size statue, and second for the quarter-scale collectible statuettes, as each required their own configuration.

Each of the models were printed in SLA: the life-size version on the iPro 8000 (now the ProX 800) and the quarter-scale version on the smaller printer, the ProJet 6000. These printers were ideal not only for the practicality of their build trays, but for the quality of their output. Each of these SLA machines offers tremendously accurate parts with exceptional detail. By pure coincidence, the gray material we used for the 3D printing process resembled the “grey goo” seen in the game, which made for a fun real-time, real-life overlap. 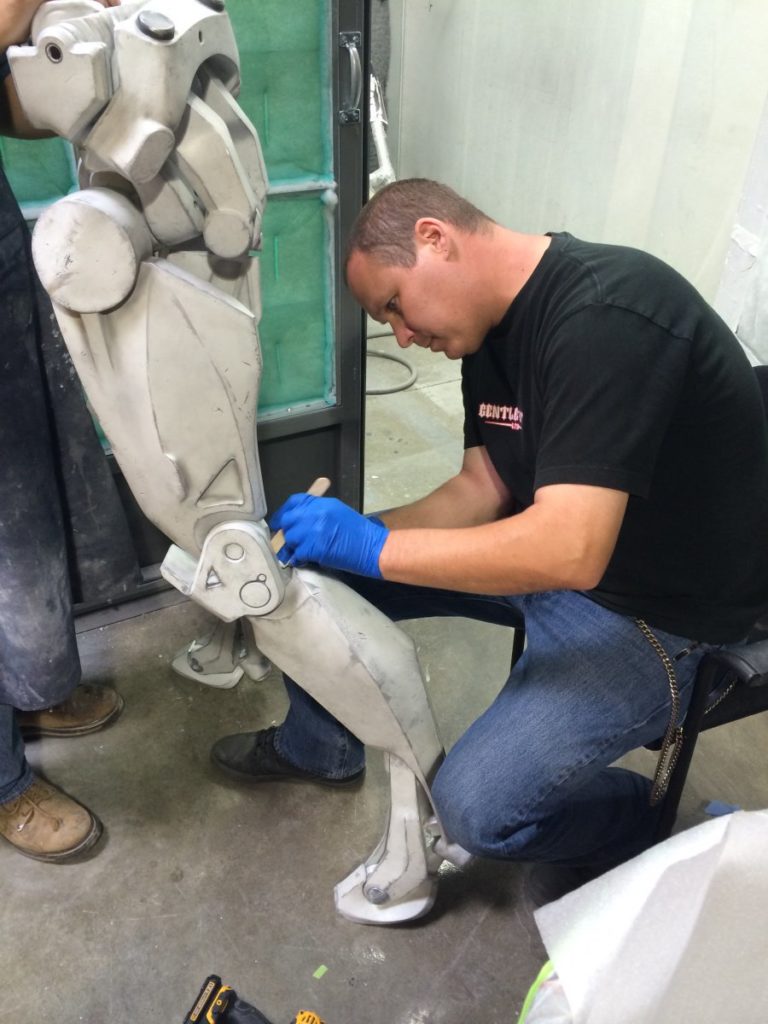 For the assembly, our artists printed out a 1:1 graphic to chart the parts as they came off the printer. Once printed and mapped, we cleaned off any remaining supports and sanded the surfaces. Some of the Singleton parts had to be further engineered post-printing due to the physics of his skeleton-like structure.

Our artists found skillful ways to “cheat” the geometry and back-fill and stabilize areas that were otherwise fragile. The parts were then molded in fiberglass, reinforced with steel structure and hand-painted by our talented in-house painters.

The Singleton figure will serve as the masthead for the Grey Goo IP as an invitation to discerning collectors of art, lovers of sci-fi and fans of RTS. Check out the video of his construction below. For our next collector art from the Greyverse, Gentle Giant Studios is working to realize Weta Workshop’s design of the alien commander, Saruk.